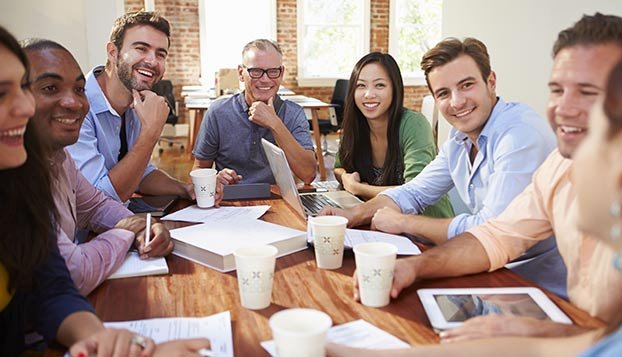 Tell us how peer advantage worked for you by submitting your story to this site, using the P–E–E–R method.  Give us the background we need in the Preface.  Tell us about your Expectations, either when you joined your group or when you brought an issue or new opportunity to your group and then share your actual Experience.  (For example, you may have planned to ask your peers for their thoughts on your choosing between solution A & B, only to discover you had more options than you realized).  Then reveal the Results – it’s that simple.

Feel free to identify your group as a (for example) CEO World Mastermind Group, Entrepreneurs’ Organization (EO) Forum, Renaissance Executive Forum, The Alternative Board (TAB), Tiger 21, True North Group, Vistage Group, Young Presidents’ Organization (YPO) Forum, etc.   As a member, sharing your story for this site means you’re granting me permission to post and promote it publicly.  If you lead a group and wish to submit a member story, I will assume you’ve received the member’s permission or that you’ve used pseudonyms to ensure confidentiality.  Either way, please indicate that with your submission or it will not be eligible for posting.

I’ll be adding stories myself as well, so if you’re a group leader or group member, tell us how you experienced peer advantage by completing the form below or by emailing your story to me directly at leo@leobottary.com.  Stories should be 500 words max!  (The story below contains fewer than 400 words).

Here’s one to get us started!

Carol Tometsko is the Chief Executive Officer and President of Litron Laboratories, which she co-founded in 1976 with her late husband Dr. Andrew M. Tometsko.   Starting this company was her husband’s dream.  Fast forward eighteen years, and their company, Litron Laboratories, was still in business, largely because they were extremely successful in obtaining government grants.  Then, in 1994 when Carol was at the airport, she received a call that Andrew had passed away.  She went back to the lab to find two employees who were as grief stricken as she was, and it was in that moment that she decided to continue to run the business. At this point in her life, Carol was still wearing a scientist’s hat and was not necessarily a business person, and while she considered hiring outside leadership to take the helm, she did not.

In 1997, Tom Merkel, a personal friend of Carol’s, suggested she join a Vistage CEO peer advisory group. In 1995, Litron began developing and selling genetic toxicology kits, but Carol understood that she couldn’t build a company based on that approach alone.  Carol said, “We had to get involved in new areas, in exploring new genetic toxicology areas.  That’s where we were sort of stumped.”  She was looking for a group of CEOs she could talk to about her business.

Little did she know the impact the group would have on what would become the re-imagining of her company. Carol said that it was her group members who taught her the word “collaboration.”   Up until that time, her world pitted scientist against scientist in a race for who would arrive at the answer first, so she found the idea expressed by her fellow CEOs of collaborating with other scientists somewhat frightening (because of her prior university experience) but an intriguing idea for scaling the business.   It took CEOs outside of her industry sector to help her see this.

Under Carol’s leadership, Litron has transformed from an organization once dependent on government grants into an international technology company, which as of 2015, provided support to laboratories in 37 countries.  Carol did so by stepping outside her company (and the world of science) to make one of her greatest discoveries – the value of peer advantage.  Carol is still a member of her group today.

Now Tell Us Your Story