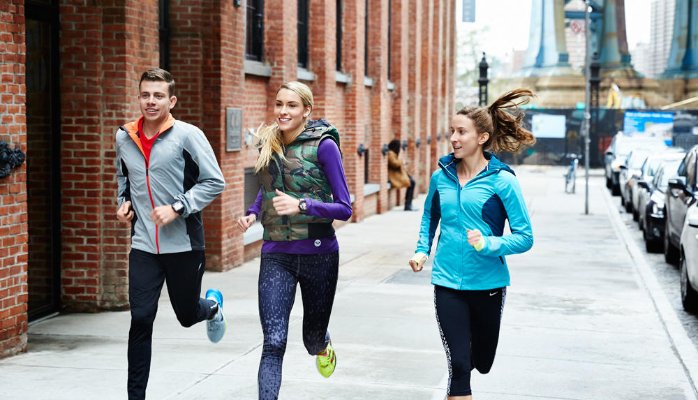 The wonderful thing about surrounding yourself with really great people is that they will teach you techniques for meeting tough challenges in life and in business that can be transformational. It’s what peer advantage is all about. Here’s an example of a small change in mindset that can deliver big results whether you’re running a marathon or embarking on a major strategic initiative at your company.

I was in my late 30s when I ran my first marathon. At the end of that race, I swore I’d never do it again – only to run 12 more of them over the next five years. Sometimes on long run days or even during a few races, if I was either not feeling 100% physically or just mentally beaten down by the distance, I would stop and walk for awhile, run until I couldn’t run anymore, and walk again. I’d repeat the process until I reached the end of my training run or, in the case of a race, the finish line. This is how most people who are determined to finish do so when such a situation arises – when you’re just having one of those days. While I may have finished, it was not only a debilitating experience during the run, but it didn’t help my confidence or do much to build my mental toughness for next time.

A fellow runner told me that this can happen to anyone, but that I was thinking about it all wrong. I was told that if you have to stop and walk, that’s fine, but when you start running again, don’t run until can’t go another step. When you do that, you’re engaging in a mental exercise of repeated failures.   Instead, when you feel good enough to start running again, look ahead of you and spot a tree or a stop sign. Set that as your goal. Run to it and declare victory. Start walking again and when you’re ready, identify another marker. Run to that and call it a win. He told me that the difference between declaring victory and succumbing to repeated defeats will help me finish more quickly and with a healthier attitude. It will put me in control of the run instead of the run being in control of me. And as a result, will actually bolster my confidence for the future. Of course, he was right. It works brilliantly.

Now think about this from a business perspective. You set a lofty goal, have a solid plan to achieve that goal, and then set forth on your journey with all the energy in the world. As you run into difficulties along the way, your enthusiasm gives way to your current circumstances and the reality of the long slog ahead.  You start to believe that the situation is controlling you versus the other way around. When this happens, don’t be afraid to walk for a bit, set a short-term goal, achieve that goal, declare victory, and set a new short-term goal. John Kotter has written extensively about the importance of recognizing small wins. The running advice I received from my peer is simply a metaphor for why it’s so effective regardless of the situation.

Like completing a marathon, you can achieve your goals in business by employing the same approach. Just keep putting one foot in front of the other and declare victory as often as possible.

1 thought on “Why Declaring Victory Matters”