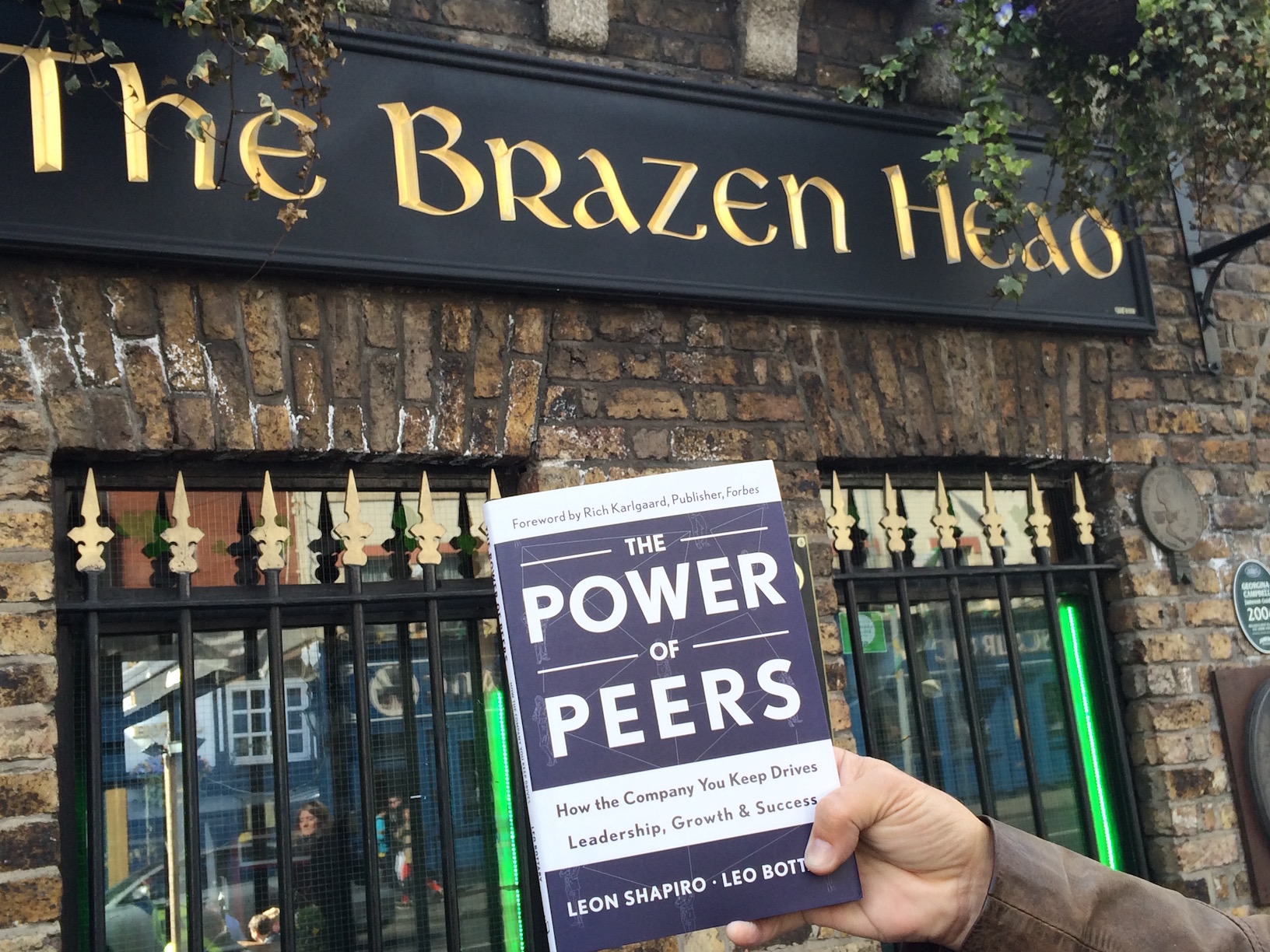 The Power of Peers Is Everywhere!

The 12-day European Book Tour (of sorts) started in Dublin and proceeded to Barcelona, Naples, the Amalfi Coast, Sorrento, Pompeii, Rome, Cinque Terre, Nice, Monaco, Monte Carlo, Les Baux de Provence, and Montserrat, with return trips to Barcelona and Dublin before coming back to San Diego (in progress by the way).  While The Power of Peers European tour may be over, the evidence is clear that the power of peers is everywhere (and always has been).

First of all, a big thanks and hearty congratulations to the winners of the Where in the World is The Power of Peers? contest.  I posted photos of the book on LinkedIn and Twitter from Dublin, Barcelona, Nice, and Monaco.  A very sharp and attentive group of contestants (Jonathan Sutton, Mike Hadley, Chad Saley & Aurelia Negrerie) each guessed the location of the book within minutes, sometimes seconds, from when I uploaded the photos.  It was really fun to see!  You’ll all be receiving your signed books upon my return home.

Second, visiting places and exploring civilizations with thousands of years of history, leaves one breathless when you consider the innovation and boundless capacity for people to THINK BIG and DELIVER BIG.  People with grand ideas, whose work was often not completed during their lifetime, created engineering and architectural marvels that have stood the test of time.  Consider also, my trip to Dublin, where I saw what it takes to make and “pour” the perfect pint of Guinness (which they’ve perfecting since 1759), or my visit to The Brazen Head Pub, which is said to have been established in 1198!

Whether it was in a major city or a small village, no matter what century, people have demonstrated an infinite capacity to create and problem solve – to learn from one another, work together, and build a better life for themselves and for future generations, no matter the odds. None of these places or businesses was built by any one individual. They were created by people who learned together, grew together, achieved the implausible, and passed it along to future generations.  It’s the power of peers in its full splendor!  Thanks for joining me on this incredible journey!