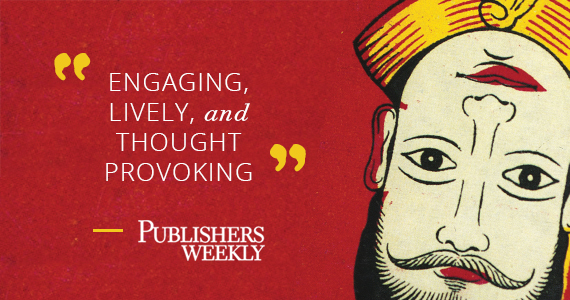 Publishers Weekly and The Power of Peers

I’m a big admirer of Howard Gardner, who among other things, codified the theory of multiple intelligences in his 1983 book Frames of Mind.  I’ve always enjoyed how he answered his critics and defended his theory without being defensive.  Debates with scholars inspired more conversation about his work, which I would imagine was precisely what he wanted.  These are the kinds of healthy exchanges that drive engagement and promote understanding about new ideas.

In that spirit, I’d like to address a few points Publishers Weekly (PW) raised in its April review of our new book, The Power of Peers: How the Company You Keep Drives Leadership, Growth & Success (PoP).

PW – “The premise of this book is that CEOs are lonely and isolated and a peer group can help them connect, network, and accelerate their business problem-solving and decision-making. This may be true, but co-authors Shapiro, a former CEO and current board member, and Bottary, a current v-p of a business peer advisory membership organization, point to no research studies directly on point…”

PoP – This is technically correct and also one of the reasons we wrote the book.  While we point to a number of studies that speak to trust, CEO isolation, and other related topics, the literature specific to peer advisory groups for business leaders is scant to say the least.  We hope that’s not the case in 5-10 years.  When you consider what’s available when it comes to the study of leaders and followers, it begs the question as to why there has been so little focus on the people who stand beside us in business.  I’m involved in a study right now that will examine learning outcomes for CEOs who participate in peer advisory groups.  We invite more people to discover the wellspring of research opportunities in this area.

PW – “The book abounds in optimistic observations such as ‘Being vulnerable is liberating’ and ‘Our peers… hold us accountable.'”

PoP – It’s a bit of a smart-ass way to make the point, but I can appreciate the desire to add a dash of spice to the review.  If anything, among the hundreds of stories we had at our disposal, we left out those that seemed just to good to be true.  It’s the members who abound with optimism, we just captured their words.

PW – “It makes clear how to create such a group, but isn’t clear enough on why CEOs should want to take part.”

PoP – To address the first clause, let me say, “Excellent and thank you!”  Because that’s exactly what we hoped to do.  As for the second clause, we didn’t presume to tell people what their goals should be.  If you want to run a marathon, surround yourself with other people who want to do (and have done) the same thing.  Cheer each other on, offer training tips, and hold each other accountable for completing your training.  That’s what group members do for each other.  It can help you get across the finish line, whether you want to run a race or run a company (of any size).   Generally speaking, people are really good at setting goals; they’re just not nearly as good at enlisting the support of people who can actually help them achieve those goals.

Thanks to Publishers Weekly for being as engaging, lively, and thought provoking as advertised.  Keep raising issues and inspiring healthy dialogue and debate.  It’s what happens in any peer advisory group meeting worth its salt.  For those of you who’ve read The Power of Peers, I invite you to use the comments section here to ask questions and raise any concerns, doubts, etc. you may have about peer advantage or peer advisory groups for CEOs and business leaders.   While you’re at it, if you’ve never read Howard Gardner, add that to your to do list!  😉