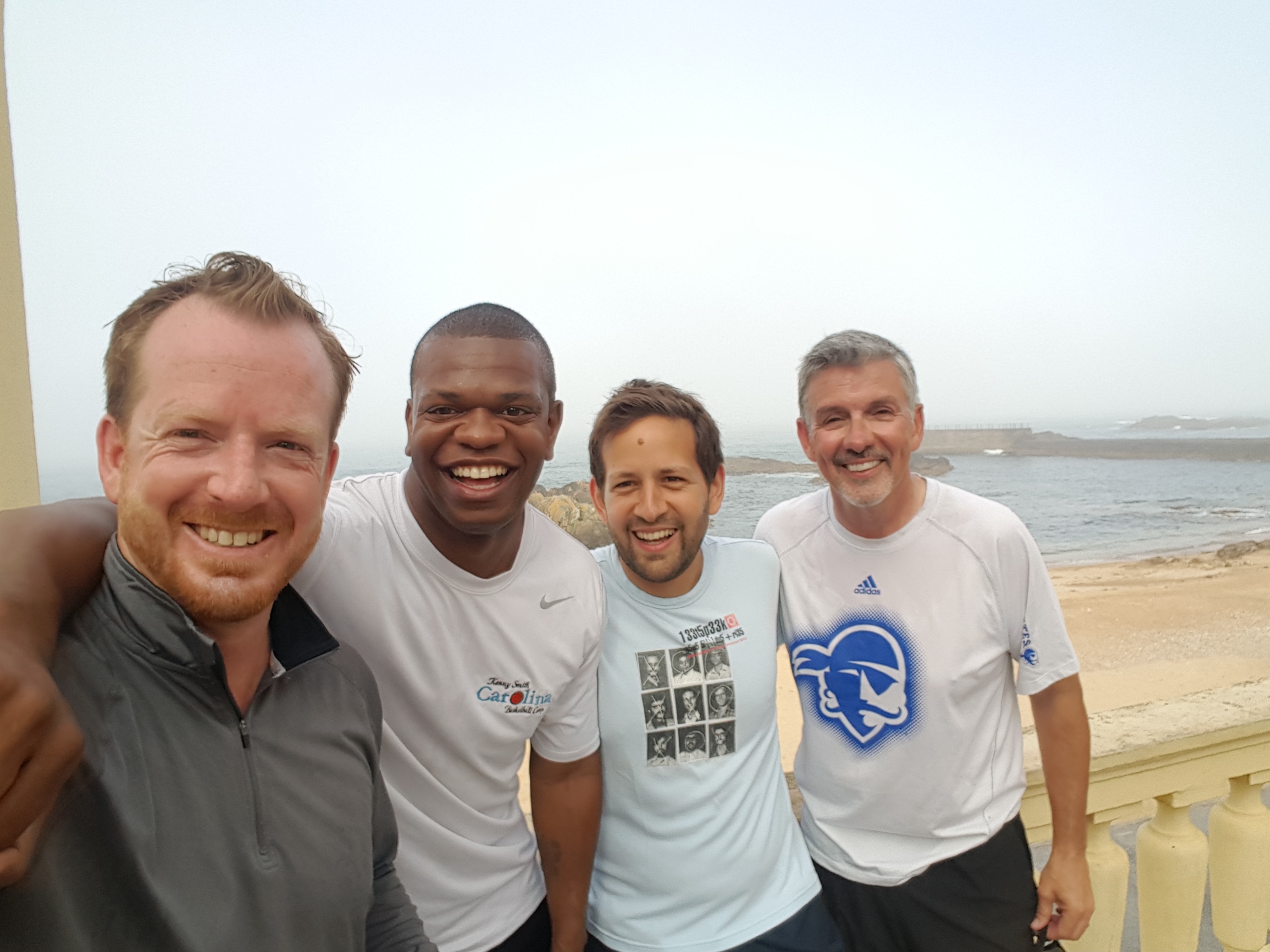 Want to go far? Go together.

“If you want to go fast, go alone.  If you want to go far, go together.”  It’s among my favorite quotes, and the one we used to open our new book, The Power of Peers: How the Company You Keep Drives Leadership, Growth & Success.   Turns out, I actually experienced this phenomenon firsthand on my recent trip to Porto, Portugal.  Let me explain.

Miguel Dias, CEO of CEO World was kind enough invite me to deliver a master class and participate as a mentor and as a member of a peer group at the ANJE Conference last month.  Prior to my leaving for the trip, Miguel asked me if I wanted to join him and a few of the other speakers for a morning run in Porto.  I thought, “What a great idea!”  Later, I learned that the other speakers accepted Miguel’s invitation with equal enthusiasm.  We all met in the hotel lobby early on Wednesday morning, well before the heat of the day would have made our run even more challenging.  Next thing you know, we were off and running – literally.

Now you may be asking yourself the question we should have asked before we embarked on this self-propelled excursion.  How far are we going?  Since none of us asked, we just kept running – from the Crowne Plaza hotel, through a lovely park which led us to the ocean, and then south along the ocean – a scenic tour of a beautiful section of Porto.  (And a run that up to this point was predominantly downhill).   It was at this time (about 7k or nearly 4.5 miles in), where we stopped for a quick selfie (pictured above left to right): Ryan Foland, Rahfeal Gordon, Miguel Dias, and yours truly  (the older guy at the end looking more exhausted than the other three).

As we were collecting ourselves, we learned two things: 1) We had to run back the same way we came (no shortcut to the hotel) and 2) because what goes down must come up, the remainder of our run would be primarily uphill.  Together, we ran to the hotel balancing a positive attitude with the familiar peer-to peer axiom “misery loves company.”

While you may regard this story as pretty unremarkable, consider this: Miguel invited us to run with him without knowing any of our running backgrounds or current fitness levels.  If he had, Miguel would have known that it’s been at least five years since either me, Ryan or Rahfeal have run anywhere close to that distance.

In talking with Ryan and Rahfeal upon our return to the hotel, we compared notes and agreed on three important points: 1) We all assumed (with a capital A) that it was unlikely that we would run any farther than 5-8 kilometers or 3-5 miles. 2) If we had been told that we were heading out for a run nearly twice that distance, we wouldn’t have even attempted it. 3) We ran farther than we could have ever predicted and much farther than any of us would have gone if left to our own devices.

It’s a fitting metaphor for the power of the group, whether you happen to be on a running tour or you’re running a company.  It offers all the proof I need that if you want to go far, you need the kind of people around you who will help you make that possible.  Who you surround yourself with matters, and on that summer morning in Porto, I could not have been surrounded by a finer group of people.

By the way, the quote we used to end the book, another African proverb, was “I am because you are.”