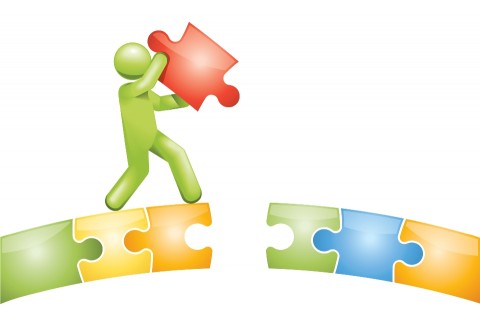 In the absence of communication, we fill in the gaps. Don’t!

Leave a Comment / collaboration, communication, teamwork / By Leo Bottary / May 3, 2017

I’ve been leading workshops for CEOs and key executives in recent months (23 workshops in all so far), where we talk about what it takes to be an even higher performing group or team.   As you might imagine, effective communication emerges as critical on two fronts.  1) My workshops inspire conversations that would either never take place organically or would never happen in the larger context of the health of a group or team.  Yet when they do take place, the resulting clarity that’s created often dispels erroneous perceptions.   2) When such communication doesn’t take place, it doesn’t leave a communication hole or gap because in the absence of communication, people insert their own narrative.  And when they do, the narrative often creates tension, and is too often dead wrong.

Here’s a brief example: You arrange to meet a colleague at a restaurant at 1:00 PM.  You’re waiting there and before you know it, it’s 1:20 PM – no call, no text, no communication.   You text and call your colleague and receive no response.  So what happens now?  You probably start to speculate as to why your colleague is late.   One of your assumptions is that (s)he simply forgot about the appointment.  The longer the speculation continues, the more likely your blood pressure starts to rise, as you become increasingly annoyed by your colleague’s forgetfulness, even though you have no proof that anyone forgot about anything.  You learn later that your colleague’s mother fell ill and had to be rushed to the emergency room – a bit more important than your appointment.   Now you feel terrible.   The hope here of course is that you didn’t go off on your colleague before (s)he had the chance to share what happened.

While this is a rather simple example, imagine the angst, misunderstanding, and resentment that can be caused when people fail to communicate with one another over the longer haul.  Among the five factors of high-performing groups or teams is valuable interaction – interaction that’s fueled by effective communication.   The solution:  Communicate more and, in the absence of good communication, fill-in the gaps less.   Resist your tendency to create your own narrative when one hasn’t been provided for you.  It will reduce the stress level for you and your peers, and will likely open new avenues of opportunity.