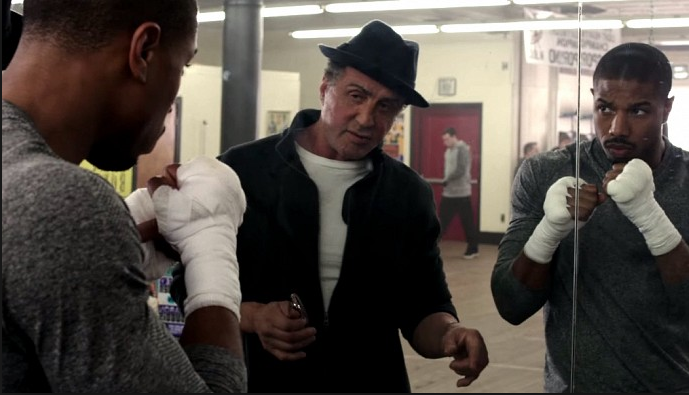 Creed and Your Conversational Capacity

It’s funny how some of our biggest aha moments can come to us in the most unexpected places if we’re paying attention. For me, one of these aha moments came during a movie trailer prior to the start of the latest installment of the Bond series, SPECTRE.   For those of you who are familiar with the ROCKY movies (which I would imagine is pretty much everyone), Sylvester Stallone brings us CREED.  It’s the story of Apollo Creed’s son Adonis and the role Rocky plays as his eventual trainer. In the last clip of the trailer, Rocky and Adonis are standing in front of a mirror wall. Adonis has his gloves on and hands up. As they stare into the mirror, Rocky says, “See this guy here. That’s the toughest opponent you’re ever gonna have to face. I believe that’s true in the ring, and I think that’s true in life.”

Now flash back two days, where I attended a four-hour workshop led by author and principal of The Weber Consulting Group, Craig Weber.   Craig led a brilliant session on improving our conversational capacity, based on his 2013 book, Conversational Capacity: The Secret to Building Successful Teams That Perform When the Pressure is On. The core principle at work here is that if you’re ever going to be an effective communicator; if you’re ever going to be successful at having uncomfortable conversations; and if you’re ever going to create an environment where your team can talk openly and honestly without being defensive or trying to win an argument at another person’s expense, you have to keep your ego in check each and every day.   Because when it comes to building your conversational capacity, in business and in life, your toughest opponent is you.

What made Craig’s session so effective is that he not only gave us the mindset, but also imparted the skill sets necessary for expanding our conversational capacity and improving our ability to operate in what he calls the “sweet spot.”   I encourage you to read his book for two reasons –one of them unabashedly selfish. 1) I believe you’ll find the content to be incredibly valuable both inside the ring (business) and in life (personal relationships). 2) The Power of Peers: How the Company You Keep Drives Leadership, Growth, & Success, which I co-authored with Leon Shapiro, will hit the shelves in March, 2016.   Since our book covers why our peers are so crucial to our success and happiness, I can’t think of a better complementary text – because you’ll never truly realize the full value of your peer relationships unless you possess the conversational capacity to do so.

I hope you read both books, get out to a movie once in awhile, and be on the lookout for your next aha moment!