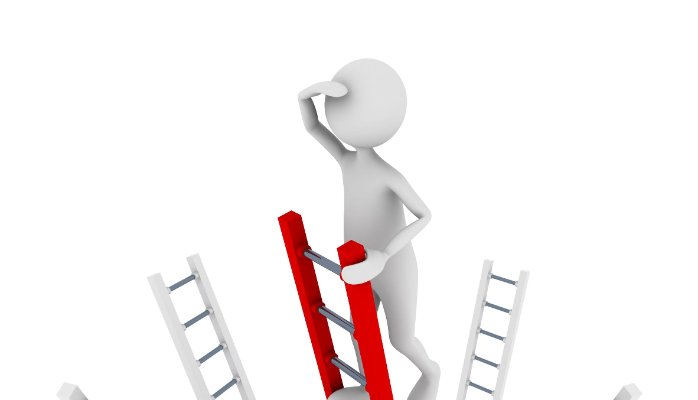 Peer Advantage – A Matter of Perspective

I’ve come across a number of blog posts over the past several months that describe joining a peer advisory group for business leaders as “not inexpensive” or “not cheap.”  As if to imply that cost is an obstacle to joining.  I also heard a story recently about a CEO who was being recognized for ten years of membership in his CEO peer advisory group.  The member (we’ll call him John) accepted his ten year plaque and joked that it cost him well over a hundred thousand dollars in dues.  John quickly acknowledged, however, that it was an investment that earned him millions in increased sales and profits, and that he’s become a better CEO and today enjoys a healthier work-life balance.  It’s why John is embarking on his second decade of membership.

If you’ve ever climbed to the top of a step ladder and looked down, you probably noticed that the ground appeared to be a lot farther away than you expected and that the view is quite different at the top.   Similarly, if you’ve never been part of a CEO peer advisory group, it’s hard to imagine the quality of the experience and what it could mean for you unless you take a look for yourself.   Peer influence is something we intuitively understand; peer advantage (the result of being more selective, strategic and structured in how we engage our peers) is almost unfathomable unless you change your perspective.

It makes perfect sense that non-members tend to see joining a group as an added cost – one that involves money and time – without knowing if they’ll be any return on their investment.    Yet from the perspective of peer advisory group members who have made the investments and have the luxury of reflecting (even basking) on the exponential return(s), the view is far different.  I’ve heard CEOs credit their group for everything from helping them exponentially grow their companies and guiding them in making key strategic decisions to saving their marriages and putting balance back in their lives.

Doris Kearns Goodwin tells a story of attending a seminar led by famed developmental psychologist Erik Erikson.  According to Goodwin, Erikson said, “The richest and fullest lives attempt to achieve an inner balance between three realms: work, love, and play.  And that to pursue one realm to the disregard of the others is to open oneself to ultimate sadness in older age. Whereas to pursue all three with equal dedication is to make possible a life full not only with achievement, but with serenity.”

I can’t think of a more eloquent description of what so many CEOs and business leaders have expressed about what experiencing peer advantage has meant to them.   As the non-member evaluates joining a group from a place of it being “not inexpensive” or “not cheap,” the peer advisory group member holds a priceless gem that continues to increase in value.   It’s all a matter of perspective.

1 thought on “Peer Advantage – A Matter of Perspective”