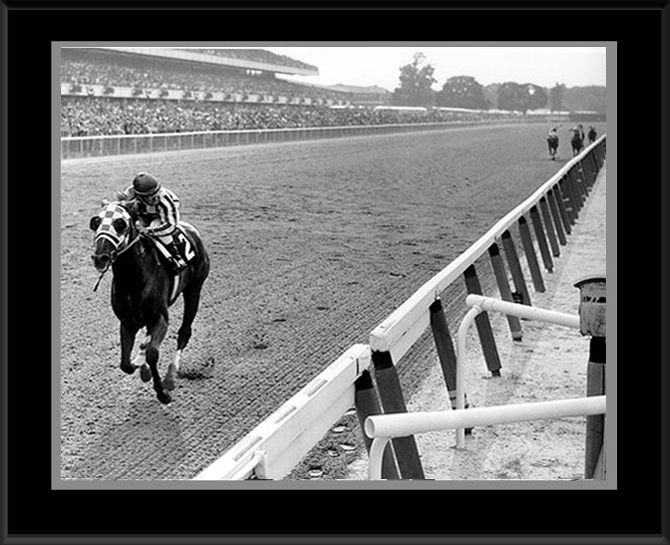 Why Everyone Should Watch UCONN Women's Basketball – Especially CEOs

The image I selected for this post is obviously not related to basketball.  Instead, I chose a photo most of you will recognize from one of the most dramatic moments in all of sports –  Secretariat winning the 1973 Belmont by 31 lengths – check out the video).   Jack Nicklaus, the dominant golfer of his era, recalled watching the race alone at home and being moved to tears by this overwhelming performance. (It still gives me chills). I’d like to talk about why everyone – especially CEOs – should watch the NCAA Final Four for Women’s basketball (Sunday, 4/3 and Tuesday night, 4/5).

Last week, Dan Shaughnessy released a tweet and subsequent Boston Globe article stating that UCONN Women’s Basketball is simply too dominant.  So much so that it’s hurting the women’s game.  Shaughnessy argues that it’s the competition that matters, and if the outcome is considered a certainty before the game starts, then why should anyone watch?  If he’s right and that were actually the case, then we would pay to watch anybody play a sport, right?  Try assembling a bunch of average basketball players in a major arena with the simple promise that it will be a close game.  How many tickets do you think you’d sell to that one?

It’s a flawed argument.  Sports fans pay their hard earned money to see the best!  They pay to watch outstanding individual players and teams in their respective sports perform at the very highest levels.  Close games can be exciting, don’t get me wrong, but there’s nothing more incredible than watching a team or an individual player firing on all cylinders.  Just think about the last time you witnessed a performance that challenged, and even expanded, your understanding of greatness.  I bet you can remember it like it was yesterday.

Dan Shaughnessy asserts that next week’s women’s Final Four isn’t worth watching because it’s a forgone conclusion that UCONN will win the national championship.  I would argue that you won’t want to miss it.  It will be a sight to see!

UCONN will prepare for the Final Four with same level of effort and discipline they’ve given for every game all season.  That’s who they are.  You’ll see a team that is talented and well coached, certainly.  Yet look more closely, and you’ll discover a powerful peer-to-peer culture that’s been evident since winning their first national championship in 1995.

Over time, that culture has only grown stronger, as every player who has put on the UCONN jersey over the years has left a piece of themselves behind.  Opposing teams are not simply suiting up against Breanna Stewart, Moriah Jefferson, Morgan Tuck, and company, they’re playing UCONN greats Rebecca Lobo, Shea Ralph, Sue Bird, Diana Taurasi, Maya Moore, and the countless former players who live in the hearts of this year’s team.  That’s why UCONN is so tough to beat!

In our book The Power of Peers: How the Company You Keep Drives Leadership, Growth & Success, we highlight UCONN women’s basketball as a shining example of what’s possible when teams realize peer advantage to the degree it exists at Connecticut.  While we invite you to read about it because of what UCONN will teach you and your organization about pursuing and sustaining excellence,  be sure to watch the Final Four and see this team in action for yourselves.

Ron Turcotte looked over his left shoulder before crossing the finish line at the Belmont because, “My curiosity got the best of me,” he said.  This weekend, be curious and watch one of the greatest teams in the history of sports do what they love to do.  It will be well worth watching.