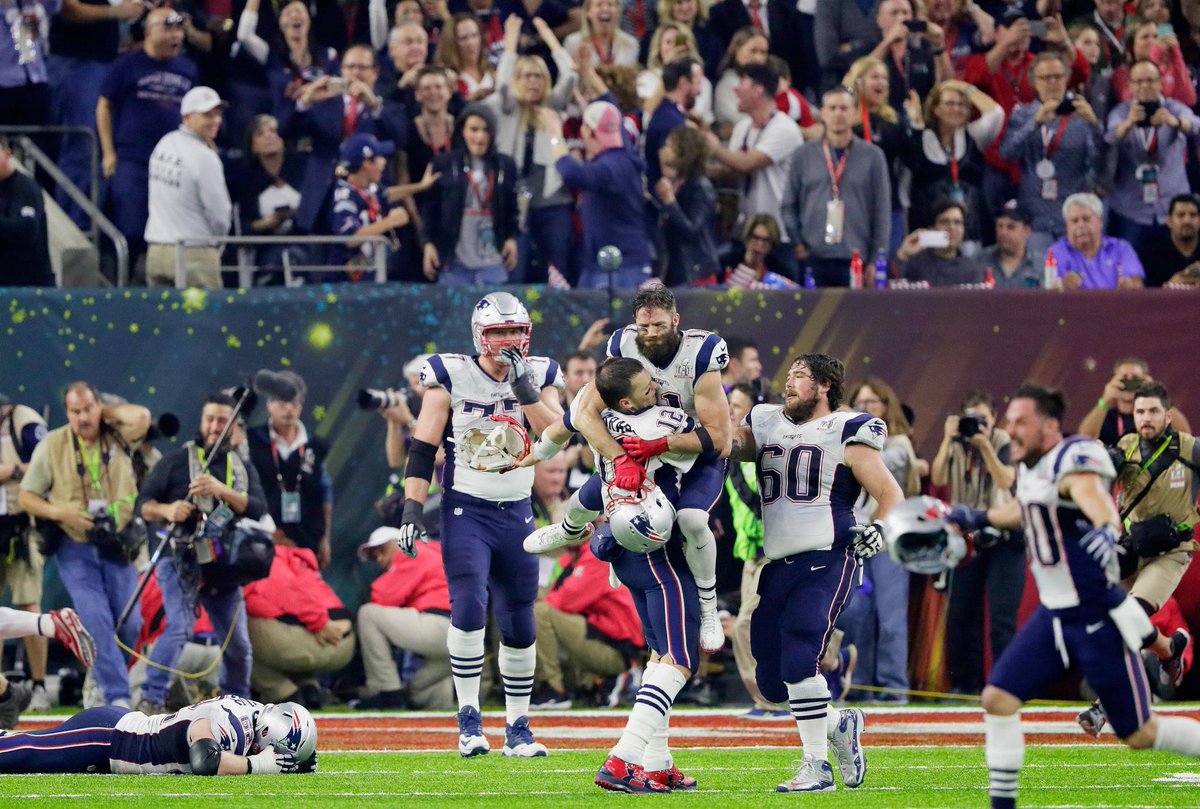 Leave a Comment / collaboration, inspiration, Year of the Peer / By Leo Bottary / February 6, 2017

Like many people here in the U.S. and around the world who watched yesterday’s Super Bowl, I was blown away by New England’s comeback victory.  Down 28-3 in the second half (28-16 with only 6-minutes left to play), the Patriots scored the next 31 points for a 34-28 overtime win.  While the accolades being thrown at Tom Brady are well deserved, make no mistake, it was a team effort.  Just look at all the players on offense and defense who made big plays down the stretch.

Despite the odds, the team continued to believe in each other.  And without that collective belief, a comeback would have been impossible.  Who you surround yourself with matters for sure.  Now having grown up in the Boston area, I was most certainly rooting for the Pats, but I also know what experiencing a tough loss as a fan is all about.  So I appreciate the class with which the Atlanta Falcons team handled such a devastating setback.  It says just as much about their organization as it does New England’s.

I hope the players on both teams see each other as “peeroes” in the same way Teresa Eyet described the people in her life in a 2016 blog post.  In her post, she wrote:

Over and over throughout my life, I heard the recommendation to surround yourself with people who challenge you, who lift you up, who are living the life you want to lead, and are making changes in the world you want to see.  It wasn’t until recently that I realized I needed to pay some real attention to who I was spending my time with.  I guess I was ready to finally see/feel how different I felt when I was around people with grateful hearts, with vision, and those who approached life with their glasses half full.  These are people who build up my energy and my confidence, and I refer to them as my “Peeroes.”

I invite you to read about her peeroes.  Then, reflect on the people in your life.  I believe that if you enlist their support, they can help you accomplish anything and pretty much survive everything.  I hope the Patriots, the Falcons, and all of us for that matter, recognize the special people we surround ourselves with for the super-peeroes they are.  None of us does it alone.  Not even Tom Brady.