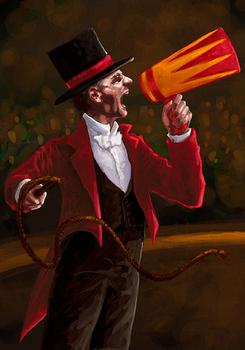 Are You Inspiring Leaders or Creating Ringleaders?

One could argue that the most recent findings of the Edelman Trust Barometer suggest that our peers have never mattered more than they do today.  The growing influence of our peers has been evident since Edelman reported that trust shifted from authorities to peers in 2005 and, a year later, revealed that “a person like me emerged as a credible spokesperson.”  According to the 2017 installment, we trust our peers as credible spokespersons as much as we trust academic and technical experts.  Consider also that employees now trust one another more than they trust their CEO or other senior executives.  This is powerful information for business leaders  – especially those who understand how much culture matters to leading a healthy organization.  Harnessing the power of peers properly can mean the difference between inspiring employees who want to be leaders and those who seek relevance by being ringleaders.  Let me explain.

Several years ago, Paola Schifino, principal at Florida-based advertising and branding agency Schifino Lee, told me a story about her daughter’s soccer team I’ll never forget.   Turns out, there was a girl who wasn’t very happy with the way the coach was leading the team.  This girl shared her feelings with her teammates in an effort to build support for her point of view, which then triggered a groundswell of negativity.   Upon learning what was happening, Paola gently offered the girl a piece of advice.  She said, “Be a leader not a ringleader!”

I’m not sure I can recall hearing a sentence that was so short, yet communicated so much.   We’ve all come across ringleaders in organizations where we’ve worked, right?  Peers wield enormous power when it comes to influencing their fellow employees.   It’s power that can be a force for good (leader) or one that can breed negativity (ringleader).

What do you do to recognize and leverage the power of peers in your organization?  How do you approach inspiring leaders as opposed to perpetuating a culture that breeds ringleaders?