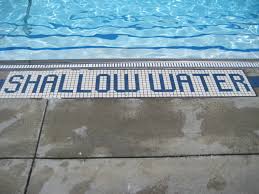 Stuck in the shallow end of the pool?

Leave a Comment / collaboration, vulnerability, Year of the Peer / By Leo Bottary / March 24, 2017

If you’re trying to get your entire body wet, staying in the shallow end of the pool isn’t going to get the job done, no matter how long you stand there. Nor will showing up to participate in your CEO or executive peer advisory group without being completely open and willing to be vulnerable about issues pertaining to your life and your business. If you go into it halfway, you’ll never realize the full benefits that come with being a group member.

Since late last year, I’ve been conducting workshops with peer advisory groups across the country, working with CEOs, small business owners, and other senior leaders.   During these workshops, I essentially facilitate a group self-evaluation using the five factors from The Power of Peers: How the Company You Keep Drives Leadership, Growth & Success.  From there, we develop an action plan for driving even higher group performance.  (I also encourage the group members to facilitate a very similar exercise with the teams back at their companies).

The five factors or conditions we found to be common to high performing groups and teams include: 1) selecting the right people, 2) having an environment of mutual respect and trust (one that makes personal vulnerability possible), 3) fostering valuable group/team interaction, 4) inspiring a belief in the power of peer-to-peer accountability, and 5) having servant leadership that cultivates the other four factors.

When it comes to peer advisory groups, members typically score “the group” high when it comes to creating and sustaining an environment of mutual respect and trust.  They understand that without it, nothing else in possible.  What some members admit, however, in a moment of self-reflection, is that just because the water is warm and inviting, doesn’t mean they aren’t more comfortable in the shallow end of the pool.

For those members, I would say three things:

2) Growing as a leader and as a person involves stepping outside your comfort zone once in awhile.

3) Take it one step at a time.  Challenge yourself to reveal a little bit more of who you are during each and every meeting.  Follow the lead of those who are more comfortable talking about sensitive issues and see the value they receive from having deep exchanges versus surface ones.   Notice how much easier it is to identify the root cause of a challenge when someone is being completely open in describing it.

Stand alone in the shallow end and you’re far more likely to drown there than if you go to the deep end.  Why?  Because your members are in the deep end waiting for you, and they would never let that happen.