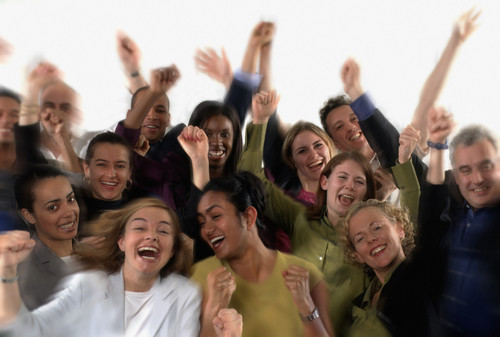 Edelman recently released the 2017 edition of its Edelman Trust Barometer.  It revealed a decline in trust among all four major institutions (business, government, media, and NGOs).  The words “global implosion of trust” were used to described the current state of affairs.

Among 10 insights from the study, “a person like yourself  (peer) is as credible a source for information about a company as a technical or academic expert.”   As a result, the guidance for today’s organizations is as follows: “The trust crisis demands a new operating model for organizations by which they listen to all stakeholders; provide context on the issues that challenge their lives; engage in dialogue with them; and tap peers, especially employees, to lead communications and advocacy efforts.”  Why?  Because fellow employees are regarded as a more reliable source of information than either the CEO or the senior leadership team.

Contrast that with this finding:  “People are nearly four times more likely to ignore information that supports a position they don’t believe in and don’t regularly listen to those with whom they often disagree.”

While we may trust our peers more than our institutions or their leaders, it appears we don’t really want to hear from peers who don’t share our worldview.  There are myriad reasons for this, not the least of which are 1) we like to be comfortable, 2) we like to be right, and 3) too many people believe there’s an empirical right or wrong and that life is a zero-sum game.

1) We learn best when we’re taken out of our comfort zone.

2) Being “right” is highly overrated.  Our need to be right at the expense of considering other ideas, options or possibilities makes us tenacious fighters, but horrible problem solvers.

3) There are often multiple truths (I’m not talking about not alternative facts or fake news), but specific realities that are true for individuals and groups.

Our society’s inability to listen to one another was evident recently as we watched town meetings across the country, where people met to talk (scream at each other) about the Affordable Care Act/Obama Care (yes, they are the same thing), without much intent to even hear, let alone try to understand a different point of view.  Good television, bad result.

What We Should Do

It’s time we stopped making good television and begin engaging in thoughtful and respectful dialogue, where rather than try to prove we’re right, we identify points of agreement, build from there, and focus on actually accomplishing something.  Conflict is healthy, as long as it involves an open and honest exchange of ideas.  It’s how we explore and discover new possibilities.  Conflict is unhealthy when it consists of ad hominem attacks and the desire to be right at another’s expense.  There’s nothing more divisive.

How We Get There

2. Practice conversational jiu jitsu.  When someone says something you don’t agree with, don’t bang heads, ask questions.  I’m suggesting you do so NOT to gain an advantage over an adversary, but to seek an advantage for yourself – the one that comes with being a learner rather than a judger – and opens doors for creating mutual understanding and problem solving.

3. Be open to the concept of multiple truths.  A number of years ago, in a powerful demonstration at a Dealing With An Angry Public conference (MIT/Harvard) led by Lawrence Susskind, I learned unequivocally that truth is often in the eye of the beholder.  Once we start seeing the world from another person’s point of view, it expands our own view, and creates a dynamic for achieving a win-win.

In the meantime, as our institutions work to regain the public trust, I hope Edelman keeps shining a bright light on trust and how we can engage our institutions and one another more effectively.  Our very survival depends on it.