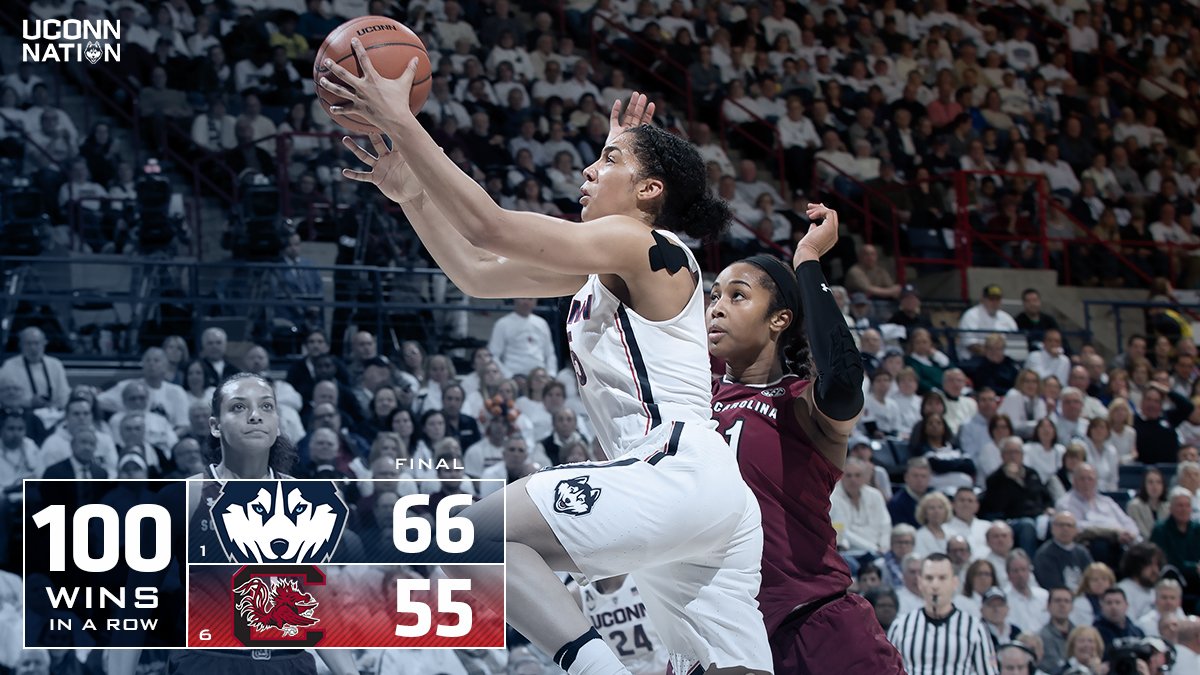 Moments ago, the #1 ranked University of Connecticut women’s basketball team defeated #6 South Carolina 66-55 for its 100th consecutive victory.  To put this perspective, the team hasn’t lost a game since November 17, 2014.  Last year, their big three, seniors Breanna Stewart, Moriah Jefferson, and Morgan Tuck were drafted by the WNBA, number 1, 2 and 3 respectively.  After losing the players who led the Huskies to four consecutive national championships, this would have been a rebuilding year for any other sports program in America – except for UConn.  They’re already 25-0 this season, beating nationally ranked opponents Notre Dame, Baylor, Maryland, Florida State, Ohio State, and now South Carolina, with no one left of the regular season schedule likely to give them a serious challenge until the NCAA tournament.

Why should organizations outside of sports be marveling at the streak and paying close attention to this program?  Let me offer this:

Several years ago, I heard Dave Logan deliver a terrific presentation based on a book he coauthored called Tribal Leadership.  Among other things, he talked about the five stages of culture.  Here are the five stages as I recall them:

Stage 1 – “Life sucks.” Roughly 2% of companies have cultures that represent something akin to a prison gang.  (Scary but, true).

Stage 2 – “My life sucks.” The implication here is that people are likely to believe that your life may be okay, but my life sucks.   (25%) of companies have cultures where people pretty much show up and do just enough to avoid getting fired.  They can’t wait until 5:00 PM – especially on a Friday.

Stage 3 – “I’m great.” (with an implied, “and you’re not.”)  This culture is characterized by an egotistical, command and control style leader who creates dyad relationships with the employees. (49% of organizational cultures fit this description, by the way).

Stage 4 – “We’re great.”  22% of organizations enjoy a team culture that wants to be the best as defined by their competition.  They’re all about being #1 among everyone else in their space.

Stage 5 – “Life is great.”  This is the organizational culture that sets its own standard of excellence.  Think Secretariat at the Belmont.  Logan noted that roughly 2% of organizations experience this rarefied air, but no one lives there for very long.  They typically toggle between stages 4 and 5.

UConn players, and the coaching staff who created this culture over the past 30 years, compare themselves to the great UConn teams of the past, not to the teams on their upcoming schedule.   They set their own standard of excellence each and every day at practice and with every possession – offensively and defensively – in every game.  Rather than pay attention to the scoreboard, they honor the work ethic of UConn’s former players and are committed to making the dream of winning a national championship possible for their teammates.  Their accountability culture and support for one another is off the charts.  They will lose a game someday, but as long as they maintain their culture, it won’t happen very often.

This is what living in stage five looks like.  Close your eyes and imagine your organization playing at UConn’s level.  Now open them.  Life is great!  (Or it could be, if you take the power of their example seriously).

Congratulations to UConn for winning 100 consecutive games and for setting a standard of excellence for all of us to follow.